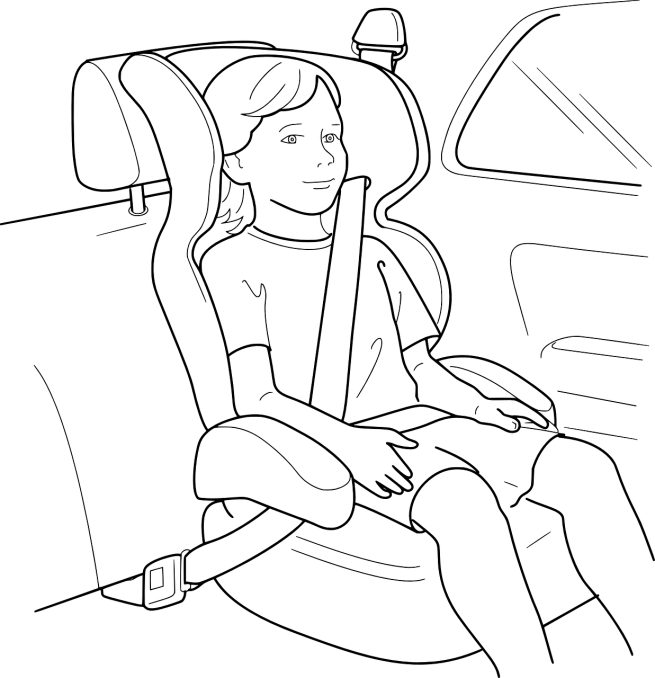 Have you heard about people using seat belt extenders to make it easier for kids to buckle into car seats? If you have, this is one “tip” to ignore.

Seat belt extenders are devices that extend seat belts to let overweight or large passengers buckle in. They are only meant to be used in front seats.

We recently read about people who use these extenders on car seat boosters to make it easier for parents or kids to buckle in. But seat belt extenders won’t properly restrain a kid in a booster seat if there’s a collision.

Seat belt extenders will not properly restrain kids in booster seats if there’s a car crash.

As you know, lap and shoulder belts lock, tighten, and restrain drivers and passengers from flying forward during a sudden stop or collision. An extender used on a booster seat, though, adds additional length that “fools” the restraints from properly locking. Even a few inches of extra belt is enough to prevent that crucial lock.

The Car Seat Lady, a pediatrician and car seat safety activist, has written about seat belt extenders. Check out her article, which includes photos of different extenders on the market and tips on how to make it easier to properly buckle kids in booster seats.

This article from The Washington Post is about a boy who suffered a brain injury in a car accident that also killed his father. He was in a booster seat with a seat belt extender that unbuckled during the impact. His mother is suing Ford, which sold the extender for booster seat use. It’s a sad and messy situation. The father didn’t realize the extender only worked in Fords and he drove a Nissan. He apparently didn’t consult the Nissan manual which states not to use seat belt extenders.

Some parents mistakenly use seat belt extenders as a tool to make it easier to buckle kids in booster seats or help them buckle themselves in. They are marketed for this on Amazon and eBay.

We know booster seats can be a pain. Those darn belt buckles easily fall in between seat cushions, making it hard for a kid to buckle himself in or for a parent to find. The extenders look like they can help by extending that buckle to where it’s easily reached. The problem is that they interfere with lap and shoulder belts that restrain your little passenger.

You may come across extenders that say they work with child safety restraints. If you’re considering them (and we don’t think you should), check your car owner’s manual to see if they will work in your vehicle. If the manufacturer’s manual says “do not use extenders” take their word for it, even if the booster seat and/or extender is brand-new and claims to work on all vehicles.

We get why people might want to use an extender. It gets really hot in the Phoenix area, and it’s no fun trying to get a cranky/squirmy kid to sit still while you wrestle with an elusive buckle in 110° heat! We know you want your kids to learn how to buckle themselves in. But not all kids have the dexterity to even work a seat belt buckle.

The Car Seat Lady has a nifty tip to cut off a piece of a pool noodle to securely lift the female end of the seat belt buckle up and out where it’s easily reached – by parents and kids.